In following our recently aquired rhythm, we are meeting every 4th Monday from now on.

This wiki article is inviting to be edited!
Extend it with your perspectives at will!

See http://hyphe.medialab.sciences-po.fr/demo/ and look out for the TransforMap project. 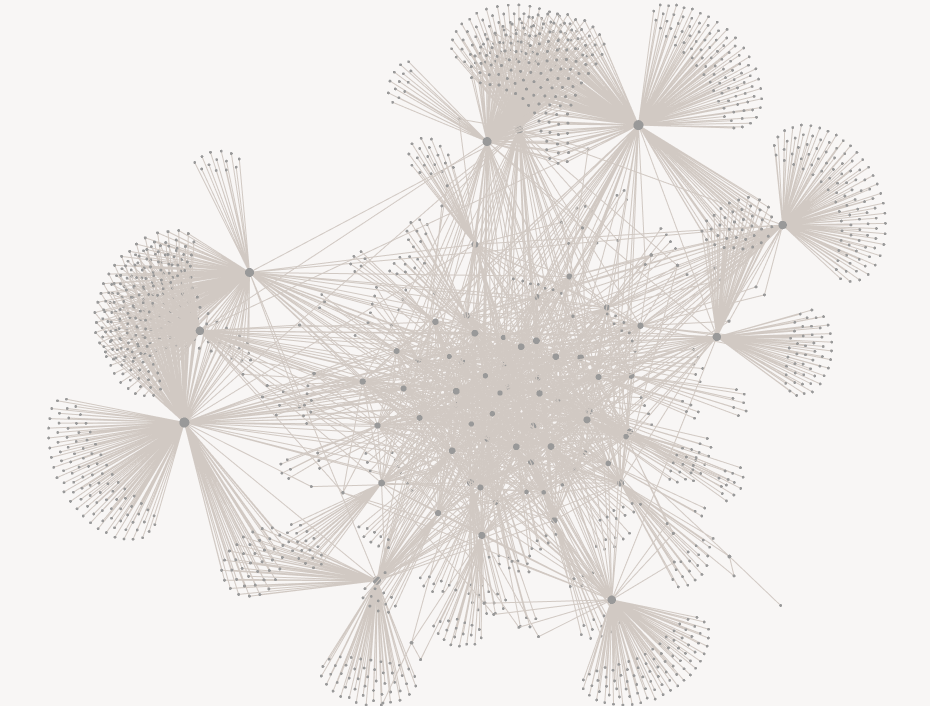 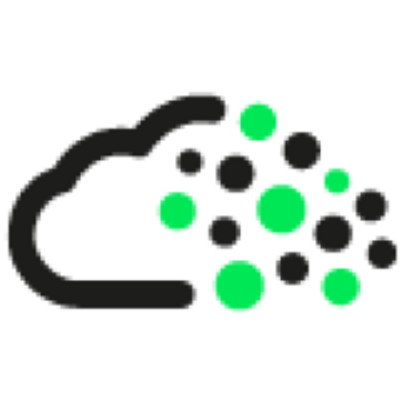 @almereyda @transformap @dswarm @dat_project Ah! Definitely keen to see how we can do this: can you email us? datagraft.net/contact/ 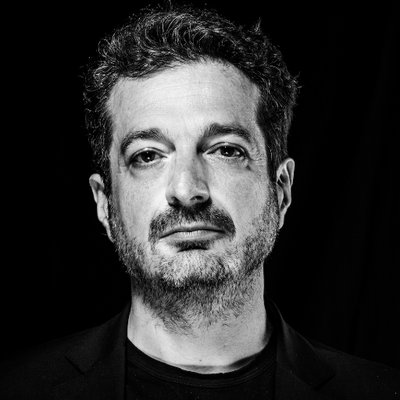 @almereyda @P2Pvalue @Loomio @discourse @lmea what do you propose? Maybe move this over to the repo? github.com/Wikitalia/edge…

Thanks for the ping. Please suggest what I could do to respond?

Do you remember the days when I meant to introduce OVNs to TransforMap? I mean we’re following each other’s tracks already for more than a year. And few resulted out of this circling.

My first step is still to create a Dossier.

can be used for any linklist by just appending a term, like:

The source is available by using the small edit button, or having a look at

Would you mind preseeding such a thing for the vf namespace?
With Lynn turning famous and more than few ties flowing together, I see the need to reinforce this cooperation.

Would you mind preseeding such a thing for the vf namespace?

What would I need to do? There’s a current conversation going on about setting up a vf namespace website. Would that be the kind of preseed you are looking for?

Issue: Name for the vocabulary

Issue: URL for the vocabulary

I expect that you will be among the first to know when it’s up, but I’ll post it here, too.

And then there’s this issue, which TransforMap might find interesting:

Issue: Hard vs loose specs for Offers and Wants and beyond

I’d like to have more discussion focused on Offers and Wants. They seem to be universal, but their evolution into actual intertrading is not very well specified.

Anyway, I’m eager to collaborate on any of this stuff.

P.S. the agent and organization stuff is moving the fastest. If TransforMap could emit that kind of data in the upcoming format, you could use this lovely app to visualize it: http://holodex.enspiral.com/

Not ~quite~ ready yet, but Lynn says it is getting close.

What would I need to do? There’s a current conversation going on about setting up a vf namespace website. Would that be the kind of preseed you are looking for?

Hmm, close. If I digged in my bookmarks yet, I’d find a list somewhere with links to the OVN and NRP presentations on Google Presentations. These links could then run into such a Dossier we could develop together.

for example? Good it has a name now which is broad but precise.

I’d like to have more discussion focused on Offers and Wants. They seem to be universal, but their evolution into actual intertrading is not very well specified.

The issue you mention is tough stuff to digest. My first intuition was to think it in context of the gazeteer discussion:

Maybe TransforMap is a Gazeteer, too? Mapping

In thinking TransforMap as a spatial data infrastructure (SDI) with specific requirements (Geometry storage, Metadata description, Commoning process, to only name a few), we're constantly confronted with de facto standards of the digital geo domain. From Who's on first? An interesting way to think about a gazetteer is to consider it as the space where debate about a place is managed but not decided. Long version is long. You might want to get a cup of coffee or maybe a drink if you’ve been …

Following this train of thought, TransforMap then ought not to be the place to formulate a singular vocabulary, but to specify how we collectively bridge them. Not only the experts. @amy introduced the idea of TransforMap as a spec to us. Some owl experiments are yet to come.
How abstract should these ontologies be formulated? In a sense that the logical density of any data compound doesn’t neccessarily have to overstrain the end user involved in discussing these issues. @bblfish and @adoraa would now have place to serve some Category Theory and let’s go!

But we could definitely also find perspectives where, if not accessible to a broad audience, such a conversation can/has to be accompanied by another in simpler language.

In our case we assume any schema as being in progress at all times. Therefore whichever vocabulary we cross in our ETL process will just be archived for later inference. Also there needs to be space for ambiguity and debate. The collaborative tools to mediate these conversations don’t exist yet, though. Ping me for more info regarding this aspect of the world’s complexity (the Brian Sletten quote) from our perspective, if you’re interested.

Wezer and Netention are interesting examples. One could easily add Sharetribe and Hylo to this list. The latter is already official part of the enspiral Open Apps Ecosystem. They just open sourced their core business value, too.

In my personal thinking, I refer to this now as givetake but this has to do with the thing explainer.

Looking at ESSGlobal, they mention goods, products or material, but no namely resources. The classes don’t appear to me to be strictly modeled with especially resource flows in mind, but can probably be seen as an inventory of aspects of an SSE initiative. I may be wrong here, so @mariana can probably help out?

The context of ESSGLOBAL is the Semantic Web (or Web of Data) [1] and Linked Open Data [2]. The Semantic Web has to do with structured metadata (RDF [3]), data that describes resources. LOD has to do with technologies (turtle [4], J-SON [5] and others) that allow this metadata to be connected, building this way an inteligent Web since machines can infer over this data a give answers to complex questions that users can make. In the end, users or institutions can develop applications over thi…

If you haven’t yet, read her summary of the ESSGlobal activities. It mentions the social need for using these interoperable vocabularies to improve cooperation by actively using such data models. I will have to get back to it with thought and deliberation soon anyhow.

Issue: Let's think about implementing this

Looking at this issue for a few days now, it’s getting clearer to me where we stand with this.

We’re in place first with the plp stack. Did you notice the central icon at the bottom of transformap.co? It leads to Alex’ Open Steps directory.

Second our interest is also to offer single sign on to our users. Firefox Accounts is the closest which combines this functionality with profiles. Then OKFn in some country (Czech Republic?) is going to use Discourse for community profiles, which also offers SSO. Back then we even discussed a lot about PLP with them, but this never materialized.

@mattias et al. We choose to use Discourse primarily because the profiles are tied directly to important network activities and the discussions happening here. We need a place too, that is clearly identifiable and branded as Open Knowledge as opposed...

I would eventually like to see JSON-LD which is included in Portable Linked Profiles included in some way. Linked data allows data from one website to be used on another. This would mean that data could be pulled from external sites [1]. An added...

Further links and considerations live at

create single sign on for all of transformap infrastructure

Third, managing the infrastructure and the software development process seem to be shadowing political discussions about schema and working with the data in our collection of mappings. Why I will propose to branch these activities into their own Commons, so TransforMap can breath political-economy air again.

Mapping the Commons edit or view me Part I : Level of Detail (published) german {++ TBD : english translation ++} Part II : Atlasing & Webbing (published) Part III : another TransforLab proposal (perpetual publication) Part III : another TransforLab proposal The resources of planet earth are scarce, as is our time visiting it. Within the loosely--coordinated fields of civic self--organisation and networked politics, temporarily linking initiatives along their weak ties…

P.S. the agent and organization stuff is moving the fastest. If TransforMap could emit that kind of data in the upcoming format, you could use this lovely app to visualize it: http://holodex.enspiral.com/

Fourth cooperations change over time. Few weeks before I was about to deploy the new Persona branch from plp, @elfpavlik abandoned it in favour of webprofiled, so no editable and authenticated directories for now. I can’t jump in there, as I have been told to wait for the new iteration. Until then I could jump back to the older commits, but we’d need a little more UI than currently available for our community.

Enspiral’s work is of course especially comforting. I’m trying to get through for running CoBudget for TransforMap, but the distance is not helping at all in establishing the conversation. I’ve once heard @francesca is on their board somewhere, but never confirmed the fact.

More at a given time.

11 posts were merged into an existing topic: Cooperation with ESS Global